Amy Klobuchar, the county attorney-turned Senator from Minnesota, announced she was running for president on February 10, 2019, making her the fourth woman and like, 100th candidate to officially jump into a really, really crowded field of 2020 Democratic candidates. 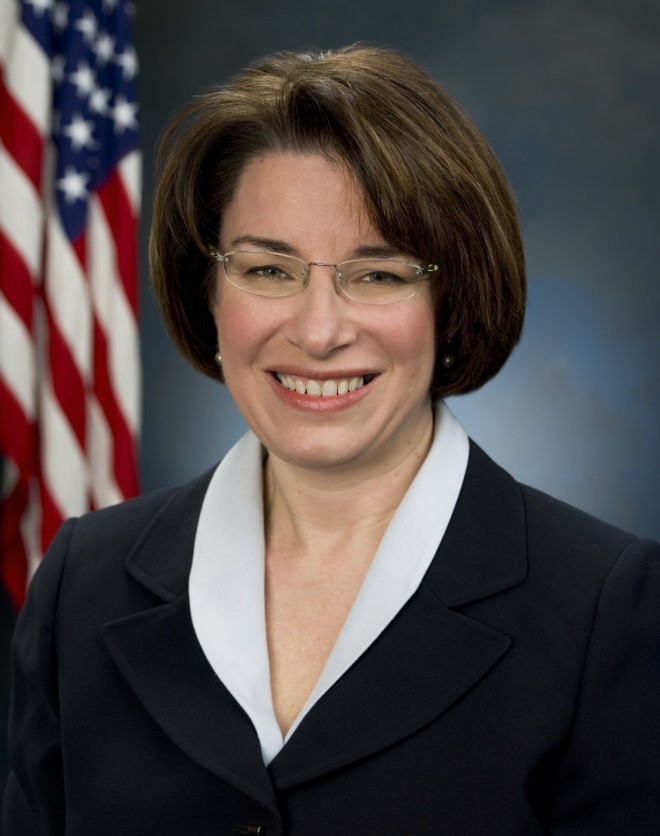 But her “big announcement” was facing trouble before it even started. A few days before her campaign launch event, the Huffington Post reported that Klobuchar had such a history of mistreatment toward her staff that she had trouble trying to find a manager for her campaign. The story quickly went viral, picking up headlines of its own on Buzzfeed, Vanity Fair and New York Magazine all before her launch that Sunday. Less than a week ago, The New York Times came out with its own damning story.

What has she been accused of?

I...I’ll have to break it down into a list for you, because there's a lot:

Where does sexism fall into this?

That’s a great question since there have been several conflicting takes on this story. Initially, many of the takes posited that undue blame were being placed on Klobuchar because she’s a woman, and a woman running for president at that; after all, many men in Congressional leadership positions, including Sen. Bernie Sanders and the late Sen. John McCain, have been accused of similarly berating staff but have been lauded instead for their “passion” and “fiery temper.”

That’s a fair point to make. There has been unfair coverage toward Klobuchar, and journalist Jill Filipovic posited that there are similar stories about a “yet-unnamed” male presidential candidate. Plus, pussy-grabber-who-apparently-forced-a-kiss-on-a-female-campaign-staffer Donald Trump is our president.

But abuse is abuse. Washington Post columnist Elizabeth Bruenig argues that by juxtaposing Klobuchar’s abuse with that of, say, a male candidate, society should essentially accept female abuse of workers the way it implicitly accepts male abuse of workers as part of its culture.

Ultimately, there are countless stories like this on the Hill. These are emblematic of a work culture there that refuses to acknowledge the talent of interns and staffers because of the power of their bosses. It’s a culture that refuses to pay interns and exploits the desire of people to move up in their field by making them do menial work at best and endure abuses like this at worst.

Will this hurt her chance at the presidency?

It’s hard to tell. Klobuchar has repeatedly stressed that she “loves her staff” and emphasized the staffers that have worked with her for a long time (despite reports that she has the highest staff turnover of any member of Congress). Other former staffers in the same HuffPost piece that started all this have been quoted saying how much they loved working for her; one said that Klobuchar had been a part of her wedding.

She’s also spun this into a campaign narrative about how she’s tough on her staff, but that she is also tough on herself because of the high expectations she sets for herself, her staff and her country. It’s a good spin, so it’s hard to tell whether the story will hinder her. But the New York Times story that came out, which detailed the comb story (Can I call it Combgate? It’s just… so unhygienic) and the maternity leave policy, which has since been re-worded according to Klobuchar's Senate office, probably won’t help.

Are you exhausted by the 2020 election already?

Do you even have to ask?