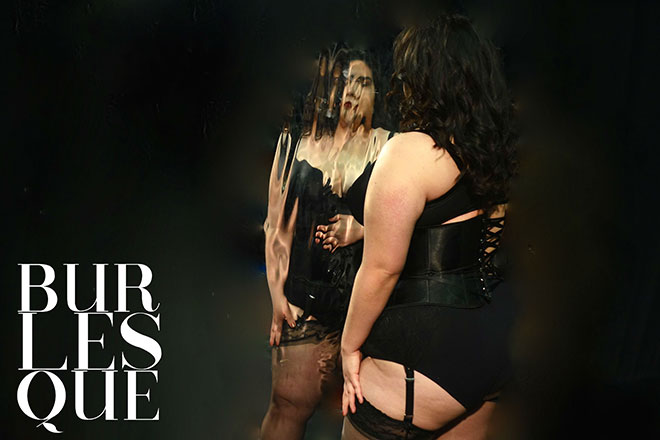 Moriah Richardson remembers being stopped by a stranger on Sheridan Road last year, the day after one of her performances in Lipstick Theatre’s Burlesque show. The stranger said they saw Richardson in Burlesque – a collection of dance and performance pieces where performers strip or wear little to no clothing – but struggled to explain how they felt about her performance. Eventually, they found the words: “It was just so sexy.”

This year, the McCormick junior is a Burlesque director, along with with Pedro Alvarado, a Weinberg junior, and Avril Dominguez, a Communication senior. Dominguez directed last year’s show, while Richardson and Alvarado both got involved as performers after a friend invited them to the show the year before.

NBN talked with Richardson and Alvarado about this year’s show and NU’s tradition of Burlesque. Read on for an edited and condensed version of our conversation.

NBN: How would you define burlesque, as an act or performance? And then going off that, what would you say that the Lipstick Burlesque show is?

Richardson: The whole history of burlesque.

Alvarado: Long story short, burlesque has always been a very politically charged thing. That’s how it started off, as satire.

Richardson: It’s always been subverting the ideas of especially feminine sexuality. And at Northwestern?

Alvarado: At a school like Northwestern, where it’s so academically rigorous and people are under a lot of stress and often don’t take care of themselves physically, but also like emotionally, spiritually, mentally, I think Burlesque gives people an opportunity to [do that]. Burlesque as a form of self-care, but also as a way of just, honestly just saying, “Fuck you” to the institutions that are meant to keep us in check.

NBN: A lot of the people involved in Burlesque don’t have much experience with performance. How does that affect the way that the show comes together?

Alvarado: There’s initially a culture shock that people get. They come into the rehearsal space, and we’re like, “Oh, we have these deadlines to meet. Within two weeks we’re going to start forming groups and picking numbers and concepts and stuff.” I think people are a little, honestly taken aback by that at first, because I know I was – how quick the process is and how on top of your things you need to be.

Richardson: There’s no other group that I’m a part of that has a hard, once-a-year deadline. I’m part of other groups that do community service, and that’s a constant waxing and waning effort, but with Burlesque it’s more like a sprint to the show once we start, so that’s something that people aren’t really used to.

NBN: Aside from just organizing the cast and rehearsals, what are some of the things you do as directors?

Richardson: We have several guests, professional burlesque performers, who come in and talk to us about how they got into it. We very much present burlesque as a professional choice that some people make and that people are empowered to then go on and continue. … There’s Northwestern alumni – there’s so many at this point – who actually perform professionally, burlesque, in Chicago, which has a great burlesque scene. And then we also run things like body positivity workshops throughout the quarter during these rehearsals to really make this explorative, self-caring space.

NBN: Talking about the space a bit – working with students who may not have done Burlesque before, what sort of a space do you try to create as you’re putting the show together?

Alvarado: You definitely notice a change in people throughout the quarter, in the rehearsal process. They get more comfortable taking off their clothes, and people are so quick to take off their clothes sometimes. Not only as directors, but the people who have done the show before or who done similar things before – we always try to be the first ones to go out there like, “Oh, yay, we’re taking off our clothes now,” and try to get people comfortable doing that, because it is really scary at first.

Richardson: So many people come in at so many different stages with their relationship with their body. There are people who genuinely don’t feel comfortable taking off their shirt at the beginning who end up fully nude at the end of their performance at a piece that they choreographed for themselves. So we really try to make it a space that’s safe and a space that is based on your individual choice and what you’re comfortable with. Of course we encourage you, and we make it so that if you want to take off all of your clothes you can do that, but nobody’s behind you saying, “Take off your shirt right now.” That’s not what we go for. People ease into the space throughout the quarter, and we try to create a space that supports that transition.

NBN: So you talk about a progression of comfort throughout. What’s it like then, at the end, performing after this whole process?

Alvarado: It’s an incredible feeling, honestly. I can speak from my experience, but I know a lot of people have a similar experience, when you start off initially very intimidated by taking off your clothes. I remember I did not want to take off my shirt in the beginning – it was too much. But when you’re on stage and you’re vulnerable, you have your shirt off or you’re about to take your pants off, and the crowd is screaming –

Alvarado: It’s honestly one of the most empowering moments. That’s what I hope that everyone gets out of this.

Richardson: It’s exhilarating. People who are in theater might feel a similar thing, but there’s a part of burlesque because you’re taking off your clothes, you’re not coming off as this other character necessarily. You are presenting yourself. You are presenting your body. You are vulnerable in that moment. And so for you to give a performance that showcases your own self in that way and for it to be well-received is an incredibly affirming experience, and everything we do along the way prepares you for that. … We really affirm each other, and it’s great to have that in little our space of the Burlesque cast, but when you then have it open to 400 people and you receive even more shell-shocking, earth-rocking affirmation, it’s really incredible.

NBN: There sometimes seems to be this idea in media that certain bodies are valued more than others, especially centered around some marginalized identities. How does that play into Burlesque and empowerment?

NBN: What do you hope the performers get out of the show?

Richardson: Many people when they come back – we sit in a circle and we go around, we’re like, “Why did you join Burlesque?” And the returners go, “Because I needed my annual body confidence tune-up.” Body confidence is something that we work on every day. … I want you to feel yourself. I want you to be confident in who you are and the identities you hold and be sure in your own self in a way that carries with you.

NBN: What do you hope that the audience leaves the show with, that they’re thinking about afterward?

Alvarado: Don’t be afraid of sexuality.

Richardson: You see yourself…you look at these stages and you see how other people are loving themselves and you’re inspired. You say, “That could be me.”

Lipstick Theatre’s Burlesque show runs April 6 at 8 p.m. and April 7-8 at 7 p.m. and 10 p.m. in Lutkin Hall. Tickets are $5 for Northwestern students, with all proceeds donated to Planned Parenthood.