Another quarter, another celebrity for A&O. This time, it was SNL comedian Pete Davidson, who performed for a sold-out audience in Ryan Auditorium last Saturday. While much can and has been said about Pete Davidson’s visit to campus, people haven’t focused on would like to talk about the changes to A&O’s ticketing policies for this event.

To put it mildly, students were very interested in buying a ticket. Once tickets were listed, they were gone within minutes. But that was not the end if you wanted a ticket. In fact, the real ticket selling was about to begin. 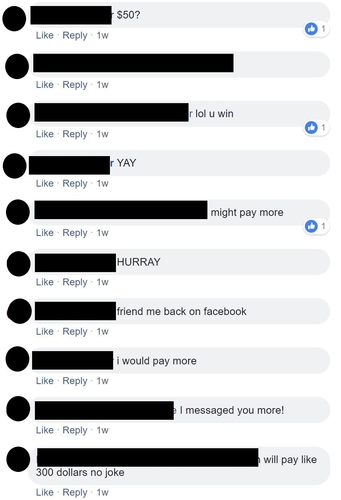 Bid wars erupted in the comments sections of posts on the A&O Productions Facebook page, with up to $300 mentioned, or 60 times the original price. One seller received over 50 private messages offering to buy their ticket. Soon after, A&O posting an announcement mandating that the names on tickets must match the names on Wildcards before being admitted into the auditorium.

Resales continued, albeit with greater caution. According to one prospective buyer, “After finding out about the Wildcard rule, they [the buyers] limited it [ticket sales] to people who looked similar to them.” Otherwise, ticket resales were refunded.

For all of the economics fans out there, there is nothing inherently wrong in reselling to the highest bidder for concerts and other general public events. The problem emerges with cases like Pete Davidson when students buy tickets solely with the intention of turning massive profits from their fellow students. People who sold their tickets for $300 had margins of 6000 percent.

This puts the student body in a situation where those who are able to shell out hundreds of dollars for a single ticket are the ones most able to attend events intended for the entire student body. While Student Enrichment Services gave away free tickets to low-income students and many lower-income students were certainly able to buy tickets from the box office website for $5, the fact of the matter is that the way that tickets are currently distributed to the student body is flawed.

As much as I love the mad scramble for tickets as soon as ticket sales open, is this really the best way to approach events meant for all? In addition to better preventing the resale market for tickets, a lottery system should be implemented for who will receive tickets or access to Northwestern events that have inherently limited capacity.

If students were able to sign up during a window of opportunity for tickets, frustration over websites crashing would be resolved. In anticipation of the response “But only real fans who are there right at the start should be able to have tickets,” look at how well that went for so many fans of Pete Davidson that couldn’t buy a ticket at all or had to spend hundreds of dollars for tickets that ultimately wouldn’t be valid without proper ID (or a Wildcard picture that looked like you).

It is not difficult to make these smalls changes that will promote equity among students’ ability to participate in Northwestern events and activities. An even better option would be to simply move popular events like Pete Davidson to larger venues (cough cough, the Walter Athletics Center or Welsh-Ryan Arena), but hey, one step at a time.